Not the Alexa gadget but news of Amazon’s Alexa site popularity ranking free online tool shutting down is sad and will be a missed service.

For over 20 years I’ve been a fan of internet data such as provided free by Alexa. It’s a KPI that shows what my SEO work SIGNIFICANTLY improves. My 10yo does data entry about every 6 weeks using Alex site popularity in hidden columns. Displayed columns show the reciprocal of Alexa ranking to give a better understanding because the smaller the Alexa world ranking number the better. Eg if your site’s Alexa ranking is getting closer to number one out of 1.9 billion sites, you’re getting closer to knocking google.com off as the world’s most popular site.

WHEN/DATE WILL ALEXA SHUT DOWN?

Use https://www.alexa.com/siteinfo/ before 1 May 2022 Alexa shut down date to find your site’s world popularity ranking. If Alexa tells you “No result” it means your site is lost in Cyberspace somewhere below the world’s 30 million which is Alexa’s radar cut off point. On my Alexa tracking spreadsheet at http://www.sitepopularity.biz I arbitrarily use a world ranking of 50M if a site reports “No result”. It could be 31M or 100M, who knows.

There’s no alternative to Alexa. I’ll have to start relying on Google Analytics but that plugin to WordPress slows page load speed a bit which is a search engine ranking signal. Alternatively for sites with a GMB Insights gives basic easy web stats. 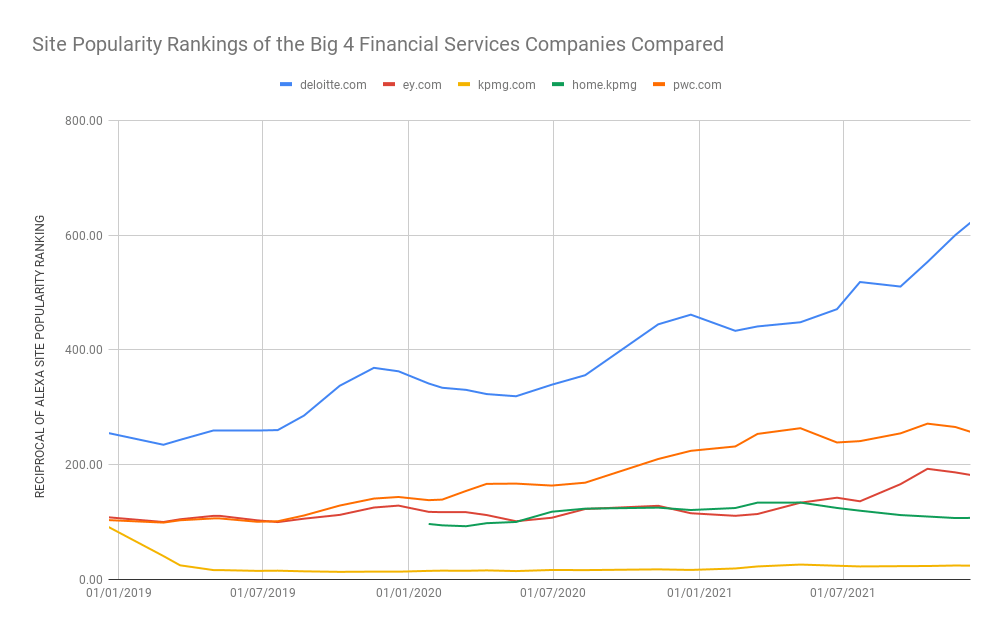